Interview with OMF Ambassador and person with ME/CFS, Jennie Jacques

“ME/CFS is a silent assassin and it’s vicious.”

A #TripleGivingTuesday exclusive interview
with OMF Ambassador and person with ME/CFS, Jennie Jacques

Open Medicine Foundation is proud to have ambassadors who use their influential voices to call attention to our mission. Accomplished English actress Jennie Jacques,  known for many TV and movie roles, including The History Channel’s “Vikings” and a leading role in BBC and Drama Channel “WPC 56,” is one of our amazing ambassadors who has continuously used her platform to raise awareness and money on behalf of persons with chronic, complex diseases. Last year, Jennie launched the popular “Bake4MECFS,” a virtual bake-off fundraiser for OMF! 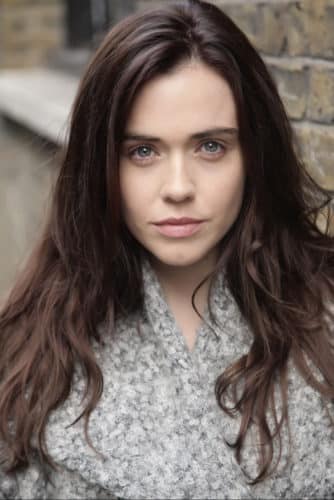 Recently, Jennie bravely shared with the world for the first time that she also suffers from ME/CFS in an article by The Times This #TripleGivingTuesday, we’re excited to share an exclusive interview with Jennie about living with ME/CFS and why she decided to go public with her experience: When did you first realize you might have ME/CFS, and how long did it take to receive a proper diagnosis? Six to eight months after being hospitalized with a severe viral infection, I was referred to a “Chronic Fatigue Clinic” by my infectious diseases doctor for an official ME/CFS diagnosis. For those who are yet to read my interview with Sean O’Neill in The Times, three years ago, I had severe viral hepatitis, amongst other complications, initiated by the Epstein-Barr Virus. I was pre-warned by my infectious diseases doctor that approximately 10-12% of people, unable to recover from viral infection, go on to receive an ME/CFS diagnosis. I didn’t think that would be me at the time, but as the months went on, the eventual diagnosis wasn’t entirely unexpected. However, what did surprise me was the treatment/management for it here in the U.K. On the tail end of a severe and chronic viral infection, which I struggled to clear from my blood for up to a year, I was prescribed a graded exercise program and cognitive behavioral therapy. I only got worse from trying to adhere to increasing my daily activity. Prior to my illness, I used to love my exercise. But I simply can’t attempt it while my body is broken; the repercussions are too severe. When the pandemic struck, I must’ve been about a year into my ‘post’-viral illness, with a concrete diagnosis of ME/CFS. Even mild exertion was setting me back, so I looked for a different way to manage my symptoms and began to pace myself – just to function to be able to get to the end of each day. I then started to use my platforms, in hope to raise awareness for ME/CFS. Around the same time, I became an OMF Ambassador. What prompted you to speak publicly about your personal relationship to ME/CFS? I had always intended to tell my story as soon as I was well enough, in hope to help others not to feel alone. And to validate the severity of virus initiated illness. Covid-19 and Long Covid were of course also a catalyst for me to speak out. I feared that many more might find themselves in a similar situation to me (and the millions already missing) off the back of viral infection. My heart goes out to anyone dealing with this illness. ME/CFS is a silent assassin and it’s vicious. It has a cruel propensity to rob a person of the ability to create new memories. Amongst the many other things it steals away, this one for me, hurts the most, emotionally. One of the main reasons I’m speaking out is to highlight the inadequacy of the current medical treatment available for ME/CFS. There are decades and decades of neglect when it comes to ME/CFS. Thankfully, the new NICE guidelines here in the U.K. have recently acknowledged the old guidelines offered inappropriate treatment for this illness. It’s a big step in the right direction. But we need more. Can you tell us a bit more about your personal experience with pacing? Yes. I realise it may sound strange to say the less I do, the more I can do, but hear me out: If your phone battery was low/broken, then you put it on low-battery mode to make it last a bit longer, right? You take fewer calls and texts. For me, at the moment,  less is more. Resting and lying down, periodically, helps me tremendously to stabilize and to function. It is not a direct comparison to a broken iPhone, of course. Here’s an article I wrote on pacing which could really help some people following a viral infection.  I’m fortunate to be in a position where I can implement strict pacing every day, without having children to take care of, for example. But I thought if I shared the benefits of pacing it might help someone, somewhere, somehow, if they hadn’t already stumbled across it via ME/CFS community. Doing less and “resting” for people with ME/CFS isn’t a luxury, it’s a necessity to function. 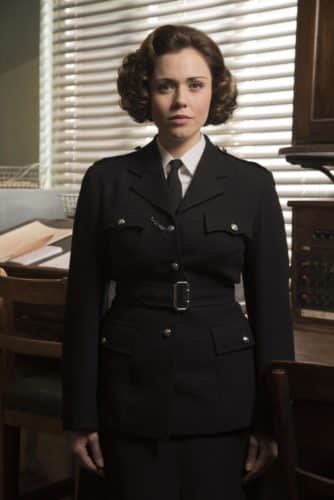 Receiving a diagnosis such as ME/CFS can be an extremely emotional experience. How did you cope with the news? In the latter half of my first year, following the acute viral infection, my ME/CFS could be brutal. I was lying in a dark room, in pain, barely able to get to the bathroom and back. I felt utterly helpless. In retrospect I only had a small taste of what severe ME/CFS could be. Thankfully, I now fall somewhere between mild and moderate. But even at the lower end of the scale this illness is limiting and life altering. And very severe ME/CFS can sadly cause death. Before my viral infection, I had been a firecracker, with an intense focus on productivity, exercise and progressing my career. When I regress or crash, it is torturous, but those days are becoming fewer and further between with careful management and some good luck. At certain times, mainly during the earlier days, during a crash, if I attempted to do anything more than lay in my bed and breathe, I paid for it with excruciating and disabling symptoms. It wasn’t until I understood pacing and found the ME/CFS community online that I found any real hope. I eventually accepted my situation and learned more. Although the science is currently limited, it exists. And more and more research is being done by people such as OMF funded scientists. What was the journey like in adjusting to life with ME/CFS? What was the most challenging aspect of managing life with new limitations? The most challenging part for me was one time when we hired a wheelchair and it just sat in the hallway, unused, because I couldn’t even get out of the bed to use it. I had such desperation to just get well. I kept believing I could snap back to “old” Jennie, prior to infection. This was not the case. And attempts to do so proved dangerous. Careful pacing of daily activity and rest, alongside really taking the “time to heal” is helping me. Most importantly, I am listening to my body. I am also hopeful that great change is on the horizon when science is properly funded. If I’m in the small percentage of people who improve, which it seems I could be, then I will do everything within my power to push for this change. Can you tell us a little bit about how you got started using your social media platforms as a space to advocate for those with chronic illnesses? That all started with a virtual bake off for OMF! I didn’t imagine we would still be running the competition now with new themes, but as the cakes came in I just realised how happy it made me (and likely many others), to feel acknowledged and heard. I’ve got more creative ideas for it too. I’m just pacing myself effectively to execute them! You have done so much advocacy work over the past few years, giving hope and a voice to millions suffering in silence. Do you have any words of advice for those who are newly diagnosed and may be scared and confused? It makes me so upset to think that others are scared and confused. I remind myself that others are decades into this, and I am so inspired by the strength and resilience of these ME/CFS warriors. I pull on their strength to hold on, stay hopeful and I try to appreciate any improvements I have. It is a tough battle. But, in answer to your question, my advice is to pace. Pacing could potentially save lives and prevent mild to moderate me/CFS turning severe, in my opinion. And treating any overlapping diagnoses with appropriate/available medication too. I’ll end this with my most important motto: FUND THE SCIENCE! We must do whatever we can to keep science moving forward, and as an OMF ambassador, I will never give up advocating for people with multisystem chronic, complex diseases.

Please join Jennie in supporting OMF by donating to #TripleGivingTuesday today. Show the world that fighting ME/CFS and related multisystem chronic, complex diseases should matter to everybody!

And don’t forget — when you donate to OMF anytime between now and November 30, your donation will be TRIPLE MATCHED! 
Please speak to your personal tax advisor and then call OMF at 650-242-8669 to notify us of your donation or with any questions.