“How my love for Star Wars led to research into the disease that ruined my life.”

Home » Latest News » “How my love for Star Wars led to research into the disease that ruined my life.”

“How my love for Star Wars led to research into the disease that ruined my life.”

How does OMF research give hope? In a viral Reddit post, an ME/CFS patient known to OMF shares the unique story of how their love of Star Wars inspired hope and led to OMF-supported research. 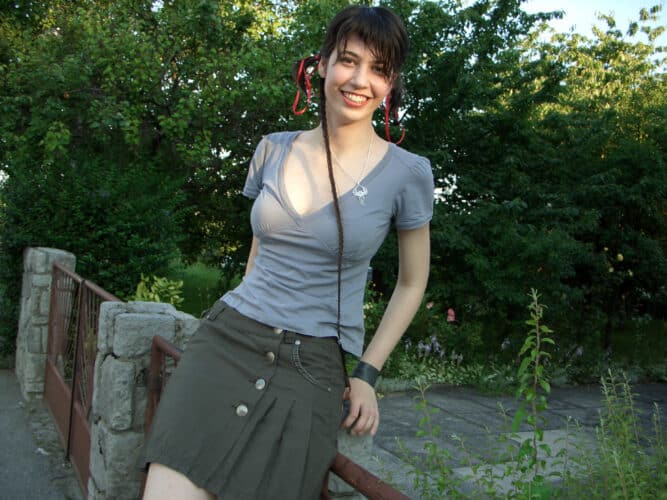 I was still a child when Star Wars: Episode I – The Phantom Menace came out in 1999. It was my first time seeing a Star Wars movie on the big screen. I already loved the Jedi, and I got to see how they looked and lived! I was mesmerized.

So, one day, when I was supposed to be studying but instead was staring, unseeing, at my books

and thinking about Star Wars (as one does), I came up with a brilliant idea: a Padawan braid. Like Obi-Wan! I dropped my lightsaber-hilt-tipped

pencil, ran to my parents, asked them to let me grow it out and buzz the rest of my hair off. They said yes, and there I was, a brand new Padawn. I was so proud.

It was a ridiculous little, short thing.

But over the years, I never saw any reason to cut it off. And it’s been with me through a lot. I grew somewhat emotionally attached to it. (I’ve always been physically attached to it as people who tried to pull it out as a joke, thinking it was a hair extension, found out when I would yelp in pain.)

Fast forward two decades, and instead of having grown up to defend the galaxy (or at least help neighbors carry their groceries up the stairs) I am now lying in bed, unable to get up, completely ravaged by a disease called myalgic encephalomyelitis / chronic fatigue syndrome (ME/CFS). Not only has this thing completely ruined my life, but there is very little hope as research is almost nonexistent, despite it being a very common disease that is very disabling and costing the economy billions. 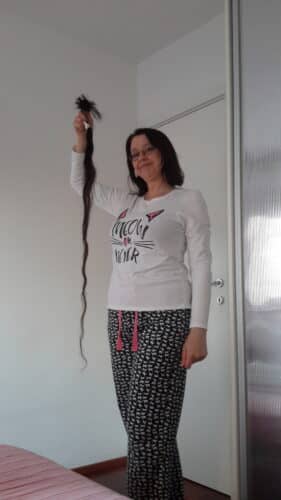 But there’s one researcher at Stanford who is working tirelessly to solve the puzzle of ME/CFS. Despite being an age where he should be enjoying his retirement, he is instead working to save his son’s life. His son, Whitney Dafoe, suffers from severe ME/CFS. He is tube-fed, unable to speak, is constantly alone in his bedroom because even a slight movement or sound sends him spiraling deeper and deeper.

At the same time, I am lying in my own bed, almost half a world away. I have just turned 30, and my once tiny braid that brushed against my shoulder now reaches down to my knees. As days blend together and I lie in darkness, I suddenly recall, through the haze the disease is creating in my brain, hearing someone mention hair analysis. It’s difficult to do it correctly (a shampoo or water residue on the hair can make it seem like it was in the hair itself during analysis). But these are world renowned researchers. They know what they’re doing.

I have something few people have. In my knee-length Star Wars braid, I have almost my whole life history written in chemical composition along its length. The history includes what I’ve eaten, what toxins I ingested, what my metabolism deposited in my hair, and what it didn’t.

I feel silly offering my idea and my hair to a researcher on the other side of the world, but what do I have to lose? (Except the symbol of my love for Star Wars and something that’s been with me for almost two decades.) To my surprise, I get back an enthusiastic “yes”! I’m too sick to do it myself, so with my mother’s help, we carefully follow their instructions: how to wash it, which scissors to use, how to pack it… Snip! Off it goes to Open Medicine Foundation (OMF) and Stanford laboratory.

It has been more than half a decade since then. Half a decade without my braid. Half more decade of life lost. I am sicker than ever. So, imagine my excitement and surprise when I recently read that a research grant has been awarded to them to study the hair of people with ME/CFS. It’s a small grant compared to other diseases, and they still lack money for all the research they need.

But a kid’s wish to be a Jedi translated into a grant for scientific research more than 20 years later.

I sacrificed something that meant a lot to me, but someday in the future, it might help very sick people. Maybe finally, I did manage to do something a tiny bit Jedi-like.

There is no better time than Triple Giving Tuesday to advance research and give the gift of hope. This #TripleGivingTuesday, generous OMF donors have agreed to TRIPLE match donations up to $500,000.

That means when you donate $20, you really donate $60! And you can make a gift any day of the week now through the official worldwide giving day, International Giving Tuesday, on November 29, 2022.