Run Across Ontario: An OMF Supporter’s Journey to Raise Awareness

Today we are honored to share the incredible story of Open Medicine Foundation (OMF) supporter Terry from Canada, who has embarked on a challenging journey to raise both money and awareness for ME/CFS research.

ME/CFS is a complex disease with a varying spectrum of severity. Some are bedbound indefinitely, while others, like Terry, have milder cases. Despite the devastation that ME/CFS has caused him for decades, Terry is determined to use his limited energy to advocate for others with ME/CFS around the globe.

This past August, Terry began “Run Across Ontario”— a solo event consisting of a daunting run across 1114 km, or 692 miles, spanning over the course of 72 days. 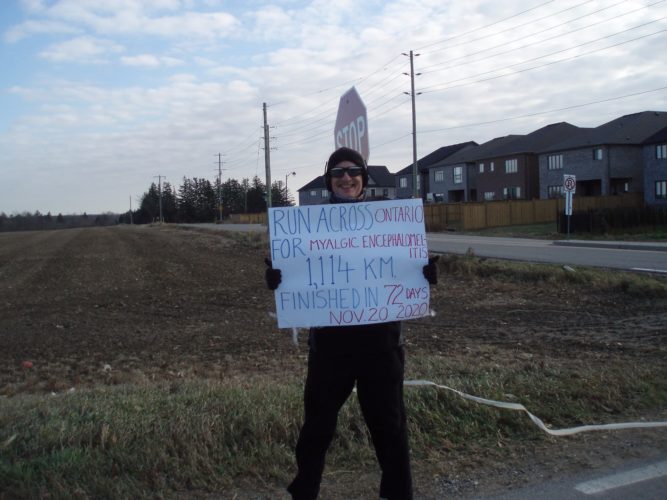 Throughout the grueling 72 days, Terry faced injury, pain, and even close encounters with wild animals — yet despite the obstacles, he was up every morning at 6 a.m. to forge onwards, determined to continue what he now calls the most difficult run of his lifetime.

By the end of November, Terry’s perseverance paid off: He successfully completed the run, which he says was, “the most challenging running experience of my life, but also the most satisfying.” That’s because he ran for a cause close to his heart: raising awareness for the millions suffering from ME/CFS and the funds to find a cure.

OMF recently spoke with Terry about “Run Across Ontario” and his advocacy efforts:

What inspired you to embark on Run Across Ontario?

I contracted this disease when I was 28. I am now 61 years old. I had to quit my job when I was 29 due to the physical pain and other ME/CFS restrictions I experienced. I was already a runner before my onset of ME/CFS and have continued to run throughout the years. It is difficult. Along with the relentless fatigue, my worst symptom is head pain, which never ends.

In the last 14 years, I have entered many races with up to 1,000 entrants. This has inspired me to keep running as I anticipate racing and winning each year. To date, I have won 113 medals, mostly first place wins in my age group.

With no races since March 2020 due to the pandemic, I decided to organize my own. I wanted to do it on a grand scale and run the same width as the province of Ontario, Canada, which is 1,114 km. My goal was to support and encourage other ME/CFS sufferers and get donations to support ME/CFS organizations such as OMF/OMF Canada.

How did you first hear about OMF?

I heard about OMF through my wife who keeps abreast of what’s happening in the ME/CFS community. She has been my greatest support through all these years. She even co-founded a local ME support group in 1992 (WWMEA, a nationally registered charity in Canada), which continues to this day.

What do you most hope to accomplish through Run Across Ontario?

What I hope most to accomplish is to encourage others. No matter what you’re up against, there is usually still something big or small that you can do towards a positive outcome for yourself and others, regardless of your dire circumstances.

What gives you the most hope for the future for people affected by ME/CFS?

I’m encouraged by the promising research that has been done and continues. Help is on the way, and the research may lead to a cure for this dreadful disease that steals the vigor from its sufferers. 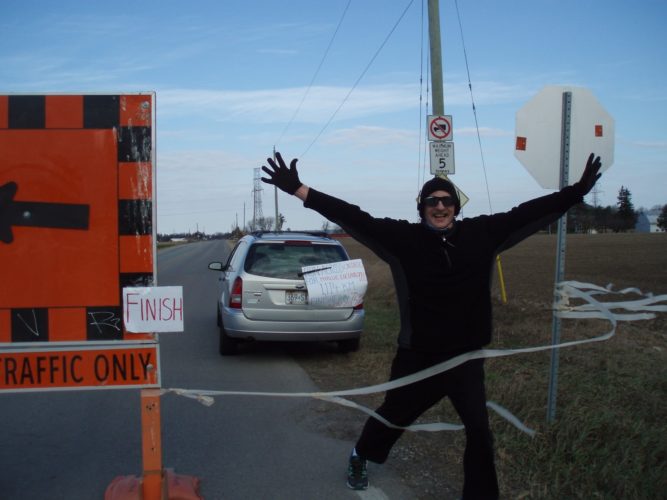 We at OMF think Terry sums up our mission perfectly:

“Help is on the way”

As 2020 comes to a close, please donate today to ensure we can continue our work with urgency in 2021. Together, we can help millions of people affected by ME/CFS return to the healthy, productive lives they deserve.

History of ME / CFS